Welcome to the Hospedería de Allepuz

In Allepuz, in the environment tourist of Gúdar’s Saw (Sierra de Guara) and region of the Maestrazgo, near Valdelinares’s Ski resort, there is located this hostelry – palace rehabilitated of the 16th century. It possesses a whole of 22 rooms, 2 of them suites, rooms lounge, 2 lounges, a cafe – viewing-point -terrace with a view to Sollavientos’s valley and an ancient oven that is now a restaurant.

The hostelry receives clients who are useful a few days to ski or to visit the formidable patrimonial and landscape environment that its makes a detour. It is prepared for meetings companies and totally enabled for handicapped persons.

The Palace or Allepuz’s Mansion (Palacio de Allepuz), built in the 16th century in a period of brilliance, represents a civil Renaissance architecture of Italian typical influence of the palatial Aragonese residence.

The hostelry, restored, consists of 6 floors lifted by walls of stone of ashlar worked and masonry. An half a point-arch of ashlar and praised receives us in the small square of entry, in the Street of the Moon. From here we can accede to the room – viewing-point with impressive air views on the population and the valley. Already in the interior a great vestibule receives us a great hallway with ornamental stone pavement of rolled singings that form spirals. An artistic stairs worked in stone takes us from the lobby to stays and lounges of the hotel. The mezzanines displays girders of wood and roof spaces of gravel. The cover of the building, divided in spaces between two supporting walls, falls to four slopes supported by big girders of wood without refining. A cornice of stone with moldings bricks embellishes the top part.

In the south front there meets the lounge or strap of the palace one Renaissance galería formed by four round arches and the balcony with sunny views. 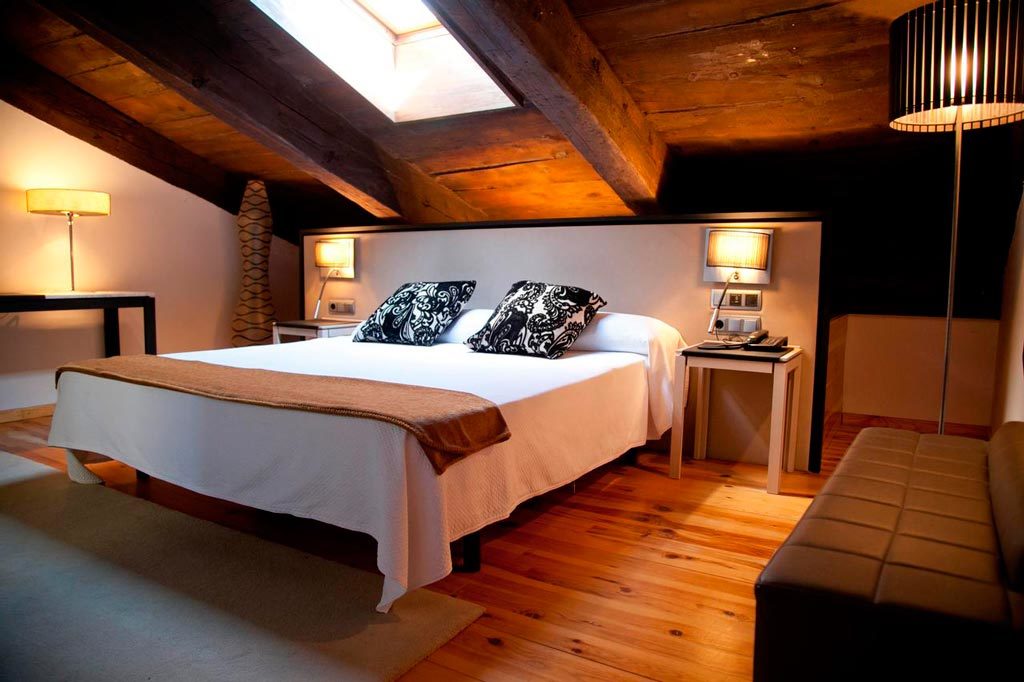 All the stays are framed by thick windows of ashlar. The between decks possesses a special captivation in its room has a sloping ceiling and in its stays with a view to the skies.

The ancient oven, it is now the restaurant, a long and cozy room with tunnel vault the next floor down.

Every room has the only corner that makes it unrepeatable and different of other. All of them have telephonic line, television, wi-fi, access to Internet…

Among the rooms there is standard Double, Double comfort, top Double and Double suite.

Allepuz is located in the heart of the county ‘Maestrazgo de Teruel’ and pretty close to ‘Sierra de Gúdar’, covered by snow during winter and showing high mountain Mediterranean meadows in summer. Everything in this area is surrounded by massive forests, around Valdelinares ski resort.

In spring and winter this is the perfect land for trekking (Valle de Sollavientos, Caños de Gúdar, River Pitarque Spring, Fortanete pine forests), and to know the villages, most of the declared Artistic Heritage (Miravete de la Sierra, Villarroya de los Pinares, etc.). During Fall, Maestrazgo is a fungi territory, and many fans come all over Spain to collect mushrooms. Quite close as well the visitor can come up to the Paleonthological Park in Galve and Geological Park in Aliaga, and of course to Dinopolis Park in Teruel city. 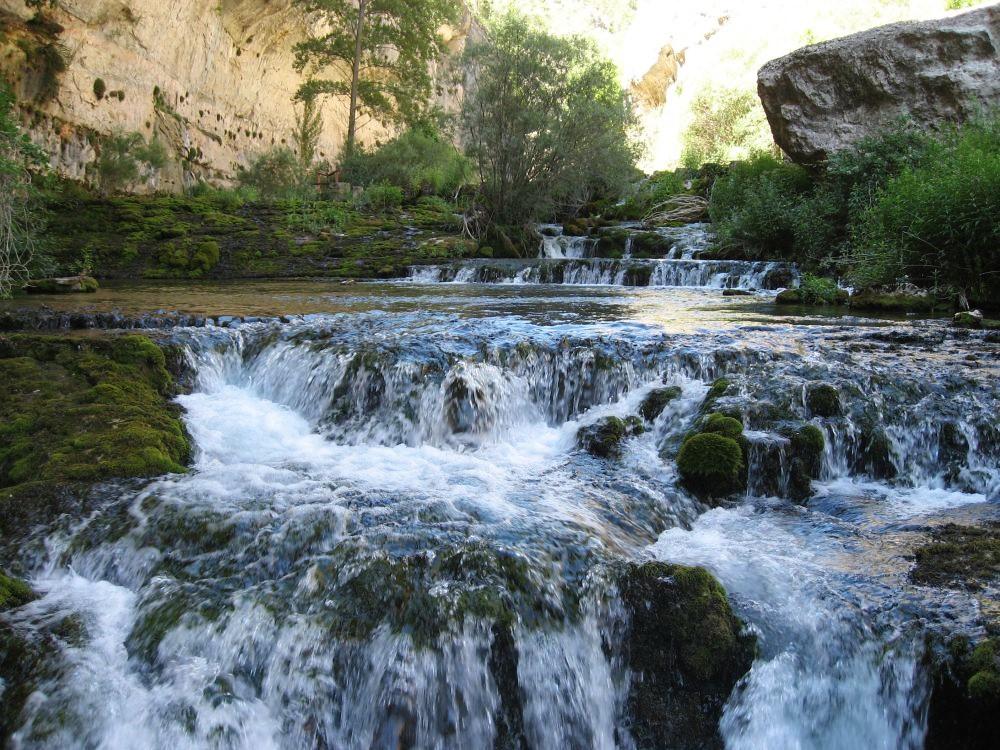 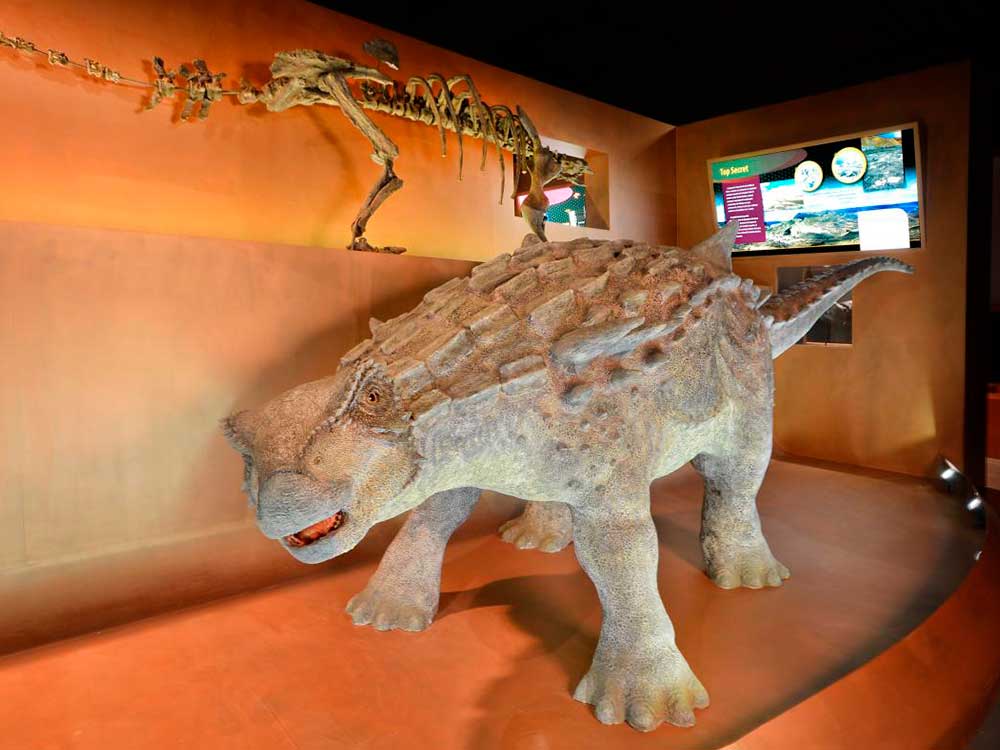 Walking off the Guest House towards the ruined castle, it leads up to Luna Street up to the harvest sites. The track follows on towards the ‘cinglo’ or sharp rock, being this crossed by the ‘Portillo’, a path way carved in the rock. Looking upwards the first ‘peirón’ or signal post can be spotted: Saint Christopher’s, where the way to Villarroya de los Pinares starts. As a whole, more than 100 medieval ‘Peirones’ along an old trade route to the Mediterranean, guiding the walker in foggy and snowy days. This way was declared BIC (Artistic Heritage).
From the track the visitor can divert towards the cave ‘Cueva de la Buina’ or the Fairy Chimneys ‘Chimeneas de hadas’.

From Casa Grande’s Gate the old fountain or ‘Fuente vieja’ can be spotted, in the same ‘Calle Luna’, with a mid point arch. Walking down the ‘Calle del Medio’ The ‘Lonja’ or ‘trinquete’, – auction market – where there are two arches, whose columns are signed by the stonecutters. The City Hall dates back from those times too, in the main square, whose back façane holds a proud wooden-carved balcony. Down the high street (Calle Mayor), we will reach another manor house, under Gothic influences, and further on the Conde de la Florida’s House. From Church square the visitor can watch the 3 upper plants of the Palace ‘Casa Grande de Allepuz’, and the arch gallery in the top floor. Right beside the road, as well as in the rest of villages in this area, a shrine to the virgin of Loreto was erected, this dating back from 1692, and whose atrium shows the same features as the other ones along the itinerary.

We leave towards Villarroya and move on to Fortanete where we can visit the bridge over the river, the church, the city hall, the Dukes’ of Medinaceli House, the Duke of Villasegura`s House and other manor houses from 16th and 17 th centuries, as well as another Loreto’s shrine.

Back to Villarroya de los Pinares, declared Artistic Heritage, the visitor will enjoy the church, the City hall’s Gate, the bell tower, Peña’s house, Navarro’s house, Hospital house, Inquisition’s house, the former prison and the fountain, in Renaissance style as well, the bridge and several shrines. Villarroya hosts a shrine devoted to Loreto as well, with an atrium and a penthouse carved in wood.

Miravete de la Sierra, the furthest village along this route, is also an Artistic Heritage, due to the Market square and the Church square. The latter is an arcaded cloister formed by the church and the City hall. The market square holds the former hospital, the public oven, the Rectory, the bridge and the Trade hall. Other artistic buildings are the former prison and the flour mill. 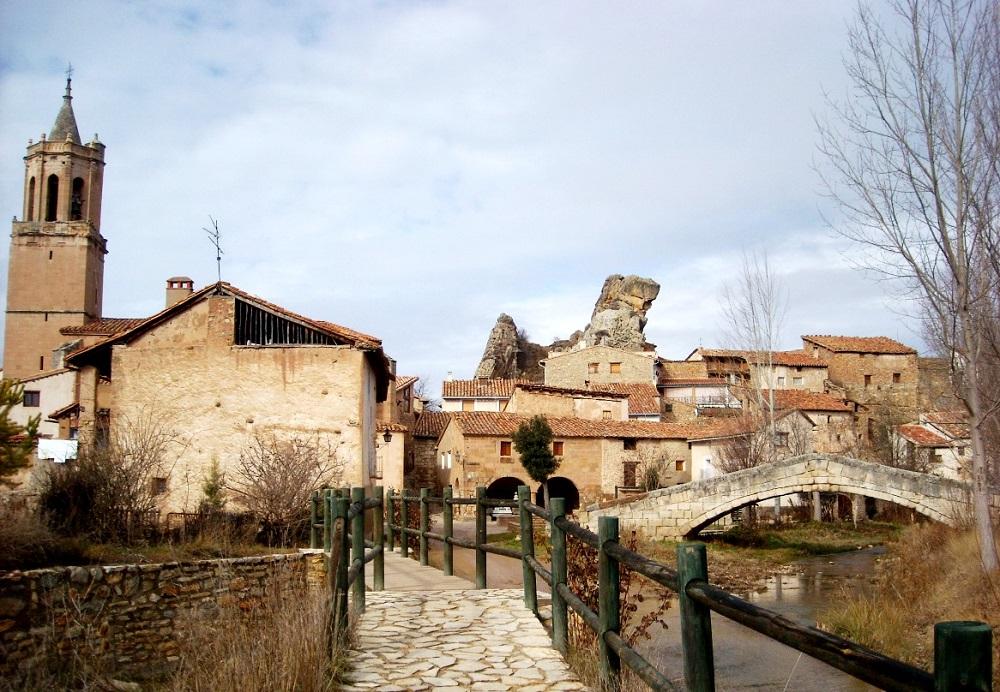 The road to Valdelinares crosses Sollavientos valley, with perennial green prairies. In the middle of the valley, the shrine of Santa Isabel is the only remain in the empty village of Sollavientos. Not far lies Santa Isabel’s fountain which, when it is full, the water overflows up the hill, in the spring of ‘Don Pedro’ country house (Masía).
Once in the top of ‘Puerto de Valdelinares’, the track of ‘Fortanete’ leads us to the hills of Tarrascón, Peñacerrada and Zoticos ravine, with its water springs and the cave ‘caños de Boca Negra’.
Another option is walking further on to the valley ‘Cuarto Prado’ and the ‘Hoya del Fraile’, already in Valdelinares, or climbing hills such as ‘Zaragozana’ and ‘Hornillo’, whose peaks reach higher than 2,000 metres above sea level.

From Allepuz, the road to Gúdar drives deep through River Blanco valley, flowing through places like the source and leisure are ‘Molino’ (Mill), Umbría ravine, a lagoon on the left of the road before reaching Gúdar village and, beyond it, Caños de Gúdar parking. In a short promenade of 1/3 mile among pine trees, tiles and hollies and moreover crossing over the river on bridges and wooden pass-ways from time to time, we will reach the falls where the river sources up. From the very Gúdar crossing we can also trek down to ‘Fuente del Cura’, in the bottom of the valley.

THE PATH ALONG GUADALOPE RIVER

From Villarroya de los Pinares we can head off to Miravete de la Sierra through the Guadalope River straits or towards ‘Puerto de Villarroya’ and from here to the river source, walking a few miles. The river source can also be reached from Sollavientos valley climbing the hill on the left from ‘Mas Quemado’.
From ‘Puerto de Villarroya’ the Tajo ravine is also reachable, the hollies and yews forest best preserved in this ridge.

From Cedrillas, off to Alcalá de la Selva, we will find a track to Mijares river source, and walking along ‘Molino Alto’, we will reach the leisure area and the offspring, beside a shadow Wood of pine trees, yews, tiles, hill elms, poplars, rowans and hazel trees. 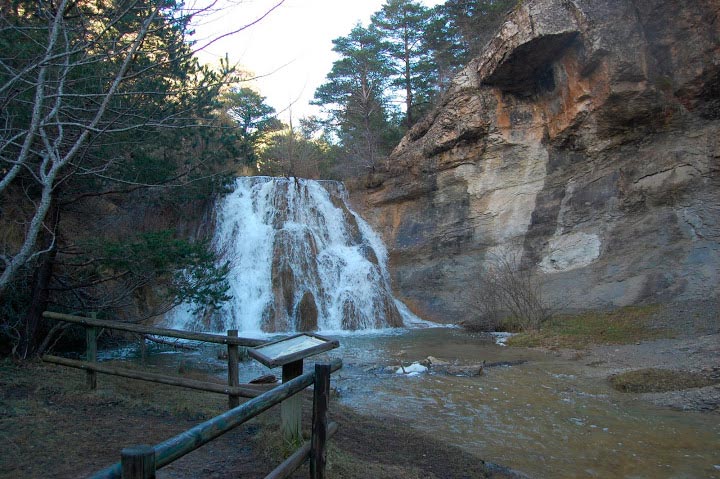 You can find out more about which cookies we are using or switch them off in settings.

This website uses cookies so that we can provide you with the best user experience possible. Cookie information is stored in your browser and performs functions such as recognising you when you return to our website and helping our team to understand which sections of the website you find most interesting and useful.

This website uses Google Analytics to collect anonymous information such as the number of visitors to the site, and the most popular pages.

Please enable Strictly Necessary Cookies first so that we can save your preferences!